Chris was born in Northam, Western Australia, where he went to art school. Soon after graduating he moved to Brooklyn, New York where he lived and worked for many years. In Western Australia he’s been represented by Perth Galleries, and was shown by Pierogi 2000 Gallery in New York in 2006.

Chris Hopewell’s late and dearly lamented wife, Carol Wells, herself a brilliant artist and writer, told me how she could spend hours watching Chris painting in his studio, dancing the gestures into his paintings in a trance of concentration. The quirky elegance comes through, frozen in the aspic of industrial glazes with the fragments of incongruous fashion photos caught in its tendrils either as dissonance or grace notes.

Smooth blocks of plastic ice infused with livid blocks of colour or uncompromising black and white. Chris is generous, mature and unfazed in openness to influence by the artists whose work he loves – Motherwell, Pollock, Gorky, Still, Klein, de Kooning – and the hot pulse of New York media, the world Carol mastered and swam in like a fish. It translates well to WA though, where it first came from in its longings for elsewhere, a spirit world of intransigent paint texture he takes everywhere. His paintings have the orgiastic, interacting fit of mind, body and world. 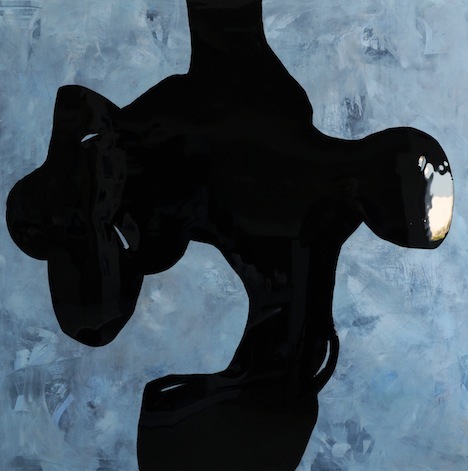 Splash 2013
Acrylic and resin on canvas 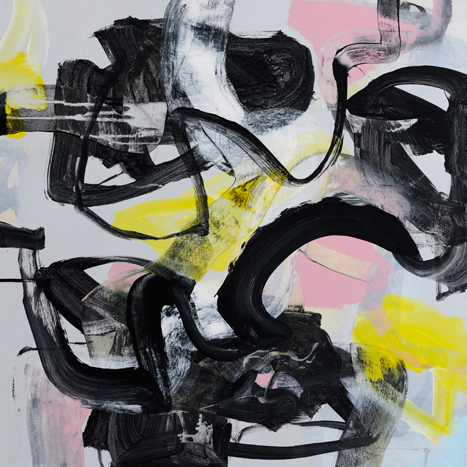 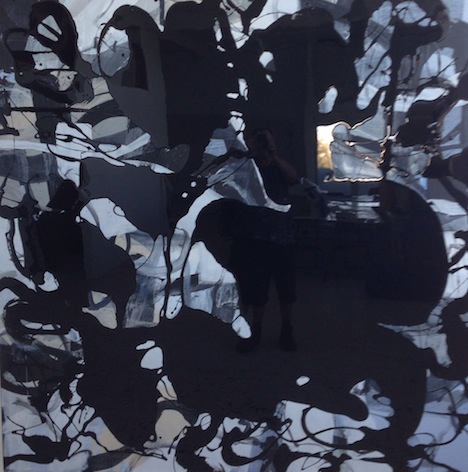