US contemporary street artist HENSE is currently transforming the Avon silos near Merredin as part of the PUBLIC – Art in the Wheatbelt project. The huge scale painting is taking place over two weeks, the project is currently on day 7.

They’ve summed up the project excellently on the Form website;

This is what’s happening RIGHT NOW in THE WHEATBELT:

Two of the world’s finest urban artists, HENSE (USA) and Phlegm (UK) are at work right now near Northam. Over the next two weeks, they’ll be making gigantic grain silos into cultural icons. The styles and techniques of both artists (though very different from each other) are ideally suited to these monolithic structures. Hoisted tens of metres into the air, they’re dwarfed by the scale of their canvases, but not daunted by the scale of their task.

Before there was even a lick of paint on these massive landmarks, the appetite for epic, site-specific art had been building in the Wheatbelt, along with the excitement and pride in being involved with PUBLIC 2015.  Adding to the feeling of a win-win scenario, the CEO of local sponsor CBH Group Andy Crane says ‘We are proud to be a part of this unique project’ noting ‘this is the first time we have seen anything such as this in the Wheatbelt. This sponsorship aims to play a key role in the delivery of world-class art to the region while contributing to tourism in the Wheatbelt.’ 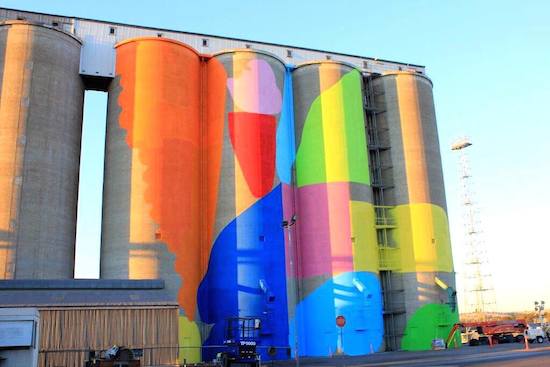 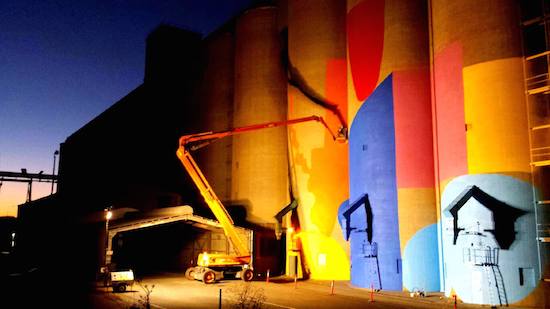 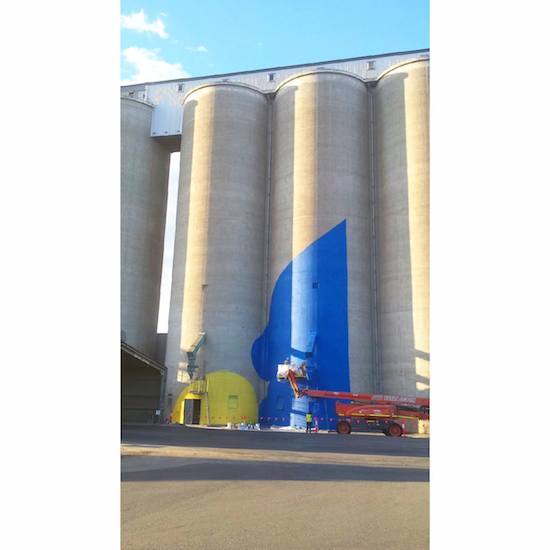 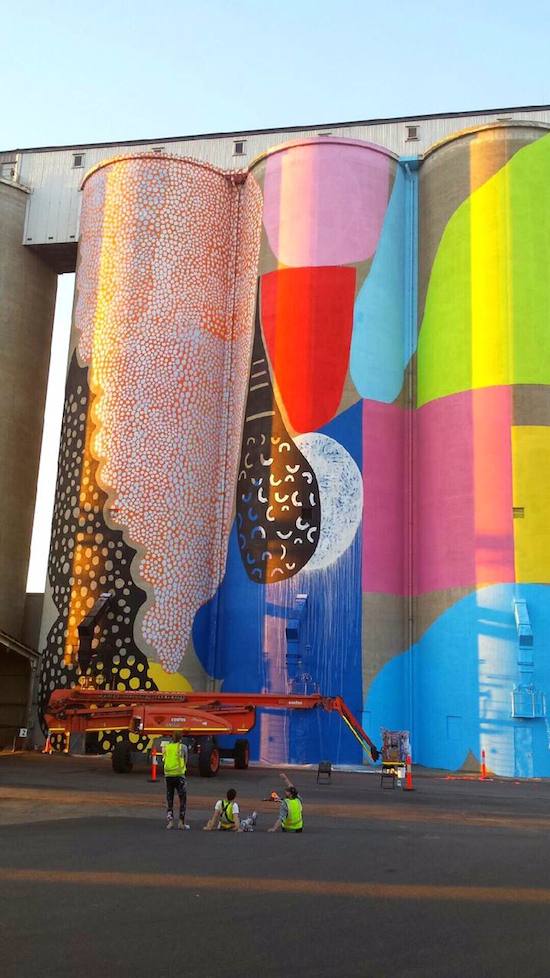 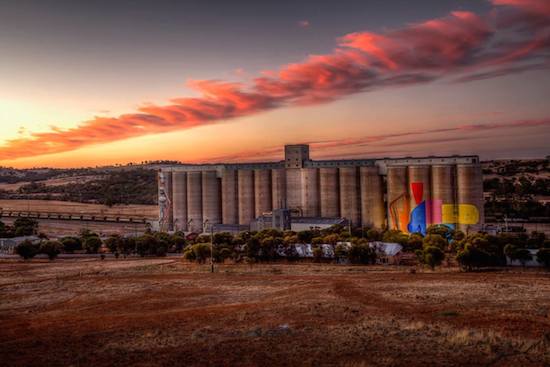