Oil, Gas and Art.  They don’t (or shouldn’t!) belong in the same sentence but sadly they are starting to more and more.  All the money in the world can buy lots of sponsorship and these earth destroying corporations are targeting the arts world. Get out!

Chevron festival gardens anyone? No thanks! BP Tate Modern? errrrr no!

You can see a video by the Guardian and arts website Hyperallergic summed up the event well;

Seventy-five black-clad protesters took part in the performance, entitled “Time Piece,” which began just before noon on Saturday. At roughly 8:45pm, Tate staff warned the performers that London police would be notified if they did not leave the gallery at the scheduled closing time of 10pm, but the group was eventually left alone and allowed to stay. The performance continued through the night as 20 of the 75 protesters stayed in the museum until Sunday afternoon.

Performers covered Turbine Hall’s sloping, 500-foot-long floor, which once housed the oil-fired turbines of the Bankside power station, with thousands of words of warning about climate change. Among the charcoal words scrawled on the floor of the gallery were passages from Margaret Atwood’s Oryx and Crake, the UN’s latest climate report, and Naomi Klein’s This Changes Everything: Capitalism vs the Climate. The performance’s 25-hour duration represents a full tidal cycle on the River Thames, which is adjacent to the Tate Modern. The performance concluded on Sunday at 12:55pm, the time of high tide on the Thames, and members of the public visiting the museum applauded as the activists left.

Next year, Tate will decide whether to continue its partnership with BP. 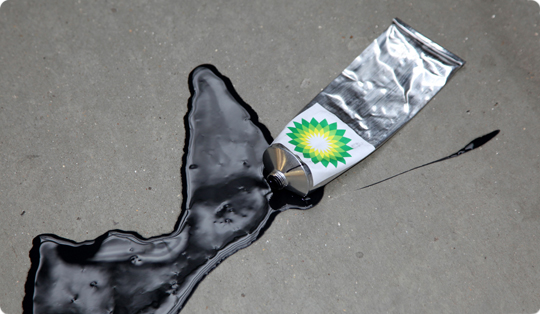 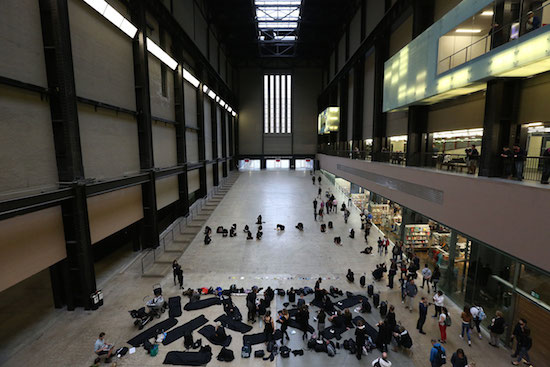 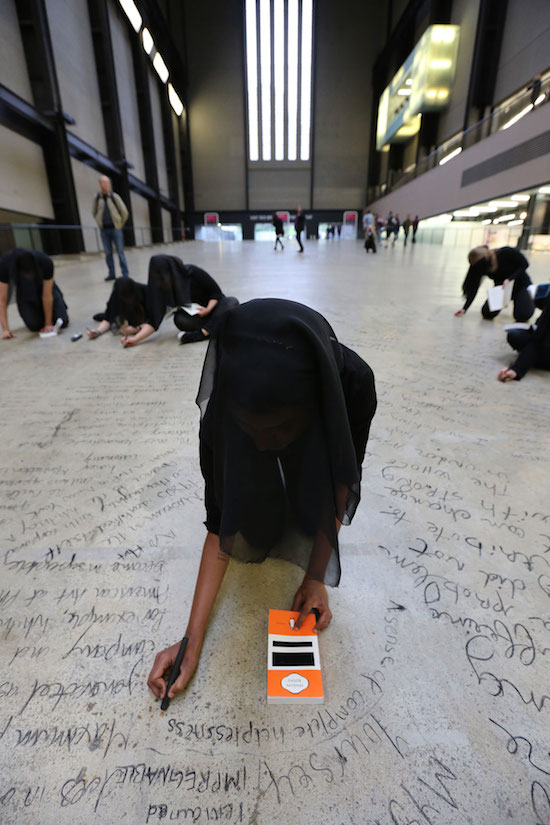 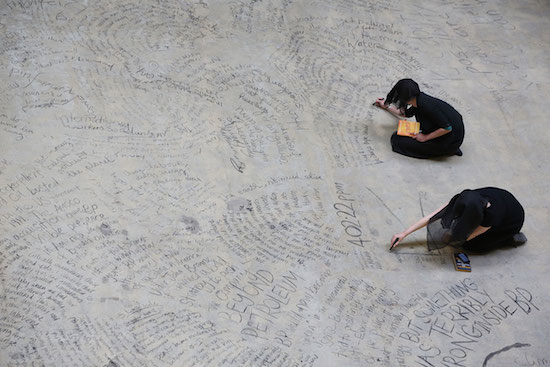