Wallis Murphy-Munn is a Perth born – Melbourne based – Dublin educated actress.  Wallis Recently won the award for Best Leading Actress in a Short Film at the New York International Film festival for her role in Sandboy. Currently on the International film circuit promoting Sandboy she’s taken time out to answer our off-centre questions. 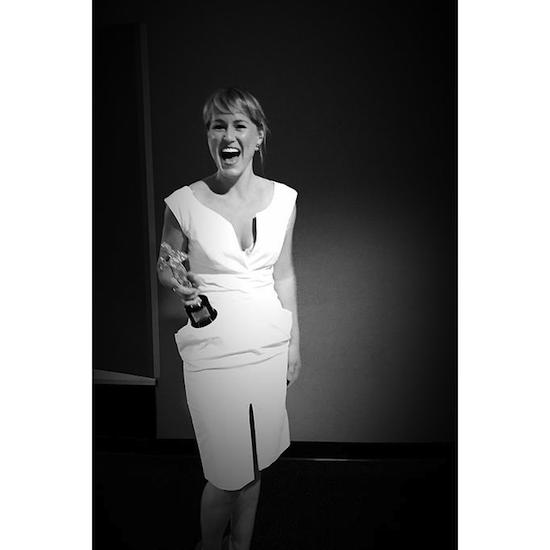 How do you ‘research’ a role? Do you use people you know as ‘research’?

Its different for every role I play depending on the time I have to prepare, and my general knowledge about the situation the character is in, and the openness of the actors I’m working with.

My research begins with a lot of reading and privately processing the different elements of the character. If a character is skilled in a field that I know little about or going through an experience foreign to me then I’ll spend as much time as I can trying to get some experience and knowledge about that. For example in Sandboy my character Grace is essentially homeless – living in a junk yard, so I spent some time observing people who live on the streets, noticing their mannerisms and the way they interact with the world. Grace is also dealing with a deep grief having lost her child and husband – I’m not married and don’t have any kids yet, so I can’t possibly know what that feels like. I did a lot of reading on the human condition from authors like Freud and I also roamed the internet for support groups for women who had lost kids, and blogs written by grieving parents.

Imagination is a highly valued tool in my tool box. When you’re short on time – you have to trust your imagination to fill in the gaps. When you have the time, you can rally delve into your subject – it’s a wonderful liberty to have, but you don’t always get that.

The other part of my research process is to discover the relationships with the other characters in the script. I think it is really important to spend time with the actor who is playing your child or your husband or mother. Its important to formulate a chemistry that will represent for the audience the history and the future energy between the characters, so you’re not just focused on the relationship right now as it is in the script. This is not always possible – scheduling conflict, some actors are not open to working together outside ‘on set’ time, or like Josh and I in Sandboy – we were in 2 different countries. But we got around it by writing love letters to each other in character – creating a shared history between our characters. It was really effective for us. So you have to be adaptable, and as specific as possible with the time that you do have.

What kinds of roles do you like most to play?

Give me a Greek tragedy any day! I love playing the really high stakes stuff – going to the extreme of an emotion is very satisfying because we don’t get to do it often in real life… well I don’t. In my every day life I try to stay balanced and grounded – I try to keep the drama for the stage or screen! However, I have recently been cast in a couple of comedies which I am really enjoying. I just don’t feel like I have figured out how to be effective in comedy yet – there’s so much more pressure playing comedy – people have to laugh or you’ve probably failed right? So I’m approaching it as I would with any text and trying to play the truth of the character, work with their wants and needs, and allow the rhythm of the dialogue and the situation itself to play out – which with good comedic writing, should all be good ingredients I think.

What’s the difference between acting on stage and before a camera? To which are you best suited (leaving the money questions aside)?

They are totally different crafts, technically speaking. Although essentially you’re trying to do the same thing – to tell a story. I want to make an audience feel something, or shift their perspective, or make them think, allow them to escape within the story, or give them an hour or two of pure entertainment – this is the entertainment business after all.

Theatre doesn’t seem to rank for most people which is such a shame because the power of theatre when its produced well, is life changing. An American friend of mine was in Melbourne recently and he had never been to the theatre, ever! So I took that as a challenge and found a show that would give him a theatrical experience (thank you La Mamma) not just TV on stage kind of thing….he was blown away. The La Mamma space is small and we took the opportunity to sit the front row within spitting distance of the action. Afterwards he was so excited, energised and maybe a little horrified (the show was a little gruesome.) He was intrigued by the theatre – something he said he would never forget!

As far as what I’m most suited to – do I have to choose? (haha) So long as I’m telling interesting stories, and effecting the audience, I want to work in both theatre and on screen, and hope I’m suited to both.

Do you ever have to act when you’re not in the mood? What do you do to change your headspace?

Yeah sure of course, like any job, some days you would prefer to be anywhere else! For me, its not that I’m not ‘in the mood’ so much, but because I fear something – I recognise those days are the days I’m under prepared or shit scared of what the director/audition/situation is about the throw at me! At drama school it was drilled into us – leave your crap at the door, you can pick it up again on your way out if you want it – and there really was no other way to survive. 20 actors working in 3 small rooms in Dublin, 5-6 days a week, 10 plus hours/day. If you couldn’t be professional and just get on with the job at hand everyone would suffer. If there is something major going on in my life that is distracting me then I take the time I need to warm up immediately before rehearsals or the audition. I do a lot of yoga and I’m learning to meditate, and this is a massive help for work, and for life in general… bringing me a little closer to that balance thing I’m striving for.

Who is best, and why – Nicole or Cate?

I feel I should be PC here (haha) I respect Nicole’s work, some of her earlier films are really great, and some of her most recent work is very inspiring. But Cate is one of my all time favourites. There’s so much to learn from every role she plays. She truly is a master at work, on stage and screen. As a theatre actor myself, I love that she has come back to Australia to work on the stage and isn’t afraid of that upsetting her Hollywood career. Her life seems to be centred around her family – she talks about taking roles when she can work it around her kids holidays. She not living to be an actor, its what she does and part of who she is, but its not all of her. It seems she has this wonderful balance, and has carved out a very successful career. 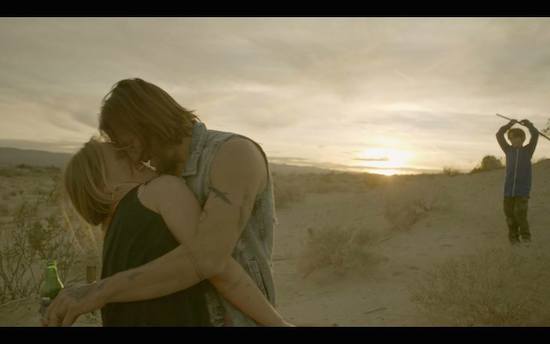 Should one marry an actor?

Sure why not. If he’s the right guy… at least you both know the challenges of the job. Trust is massively important in any relationship, but for actors its even more so because the situation is often intensified. Not only do you have to pretend to be married or in relationships with other people for half your career – a lot of your time is spent working away from home, so you don’t get to see one another a lot. Being a part for long periods of time is challenging in any relationship. So long as you respect the creative process, and respect each other as actors and as people it can work.

Would you marry an actor?

Sure why not. (haha) When I find the man for me it doesn’t really matter what he does. So long as he loves what he does and is inspired and excited by life and all its wonder – who wants to have a job for life that they hate?

What you mean how long would I be married for? Forever. Hopefully. (haha) If he’s the right guy and we get married, I would hope we stay married.

Do actors support each other emotionally?

Yeah, I think so. I have a wonderful group of actor friends in Melbourne, in Ireland and now in the US, and we are very supportive of each other. It can get tricky when you’re auditioning for the same parts, or both applying for the same theatre/film funding grant or whatever – but that’s the nature of the industry. As I mentioned earlier I try to keep the drama for the stage/screen so I don’t dwell on that stuff. You have to be ok with the fact that your friends are also your competition, and you have to be graceful about it. You have to get used to the fact that you will get told no all the time. You need to be really thick skinned to make it in this industry, ride the highs and lows together with wonderful people around you and enjoy the journey, because it’s a long journey! In my opinion if you’re super competitive you’ll lead a lonely life. No one gets anywhere good without support from people around them. What we do as actors/theatre makers/filmmakers is a collaborative effort. No one makes a film or puts a play on entirely on their own! And the same goes for the business side of things – the greatest in Hollywood were given a leg up by someone greater than themselves at one stage or another.

Do actors support each other financially?

Yeah sure when they have money (haha) In my experience actors are generous people, well my actor friends are! The best actors are so generous with their time and energy through their work, and often this nature extends into their personal lives. But actors rarely have lots of money, because there’s not a lot of paying work out there. If you’re one of the lucky ones and you get employed regularly as a paid actor that you don’t need a second job, then you can make some decent money. But most actors work another job or two, to pay the bills and generally will only work as much as they need to pay the bills so they can be auditioning and working on their craft the rest of the time. So the amount of financial support you can give your fellow actor is limited. Actors are better at supporting each other by donating their time. When my situation allows I’ll take my mates out to dinner, buy them a few drinks, and they do the same for me if I’m particularly broke. What goes around comes around.

Was Tony Abbott acting or doing it for real?

I want to say acting… but I have a feeling he was doing it for real…. jeez…..embarrassing… (hahaha)

What are currently your most liked films/plays?

These Final Hours (a couple of years old now – but it’s a fantastic Australian film which seemed to go unnoticed!) All time favourite that I watch again and again would be The Constant Gardener! I’ve actually been watching more TV (thank you Quickflix and Stan) and less film recently… Current TV shows like Transparent, True Detective and House of Cards rank up there for me. In theatre I’m really all about the classics – give me Ibsen or Strindberg any day of the week! 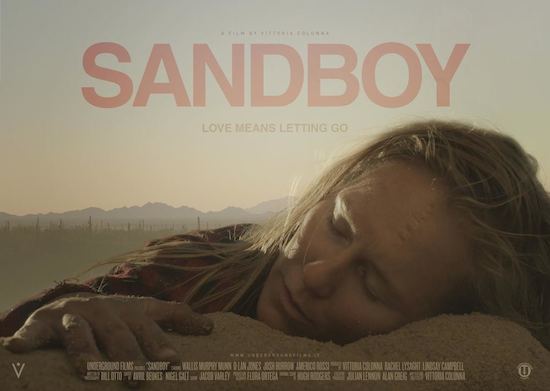 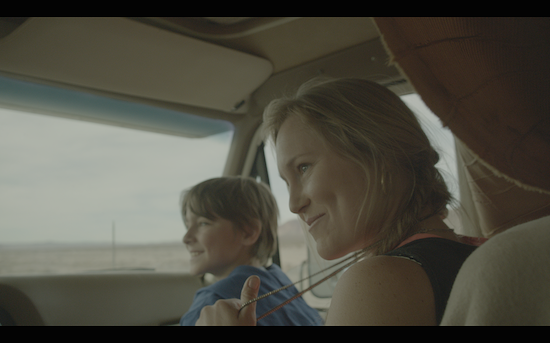 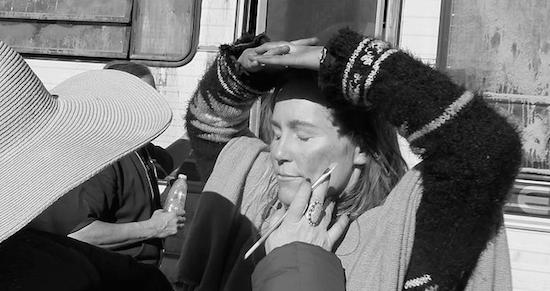